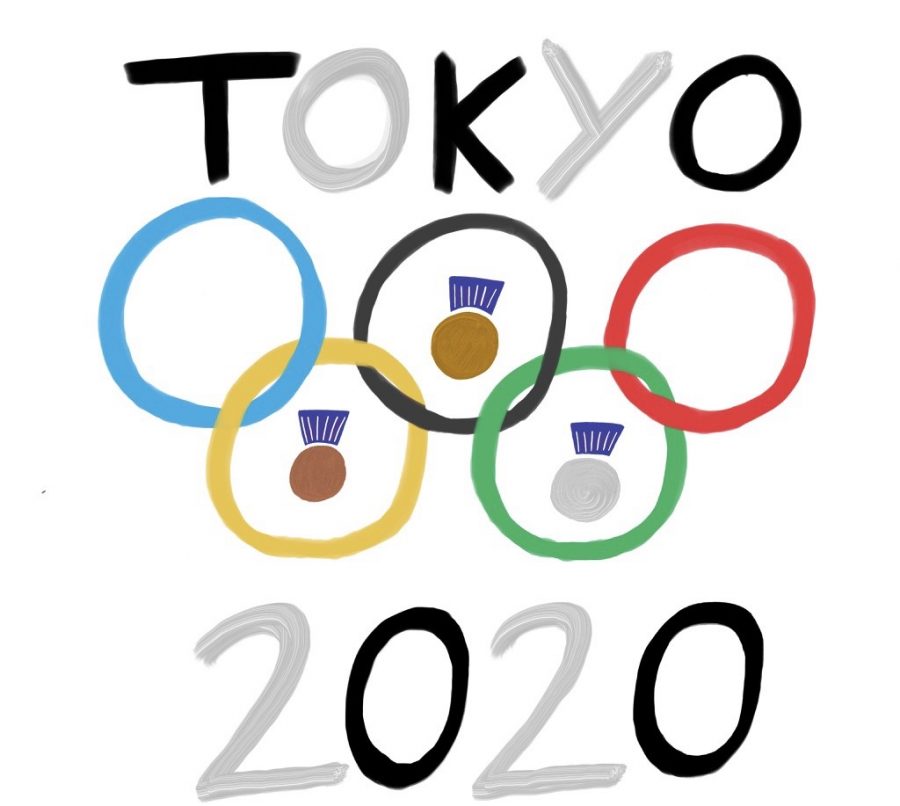 The Olympics are undoubtedly one of the most anticipated events of the summer. Every nation comes together once every four years to participate in a series of athletic challenges, each testing strength, stamina and perseverance. The Tokyo 2020 Olympics were especially anticipated by athletes and spectators alike because of their postponement due to COVID. The games were also highly anticipated by the Fenwick Friars, who had a lot to say on the topic.

According to art teacher Tracy Carey, the biggest highlight of this year’s Olympics was Simone Biles’ decision to pull out of the competition. “I think it is very interesting and touching–Simone Biles deciding not to compete for her mental health,” said Carey. “I think that shows a whole other side to being an athlete. I think in this day and age we need to pay attention to that.” Carey’s favorite Olympic sport to watch is gymnastics. She also enjoys watching swimming, as well as the Paralympic Games in general. Carey feels amazed by the strength of the athletes and the way they move. Other highlights of the games, according to Carey, are the backstories and the information given about the athletes. She feels touched by the stories about “some person really giving up a lifestyle just to keep at their dream.” When asked how she felt about the 2020 Tokyo Olympics being held in 2021, Carey explained that she was happy about the decision. She felt that postponing the 2020 Olympics until 2024 would not be fair to the athletes or to Tokyo, who put so much money and effort into hosting this year’s games. “It wasn’t the way they wanted it to be, but it was still the essence of the Olympics,” said Carey. She hopes that the circumstances of this year’s games will cause a sense of appreciation, not only in the athletes but also in the spectators, who will recognize the importance of having family there.

Fenwick sophomore Alex Lefko had some thoughts on this year’s games as well. According to Lefko, Simone Biles was also a huge highlight of the Tokyo 2020 Olympics. She stated, “At first, I thought the whole ordeal of Simone Biles dropping the event was dramatic and a little selfish. But then when I heard an interview of her talking about her mental health, I think I was able to see the toll that competing in front of so many people can have on someone.” Lefko said that as a result of this significant event, she feels a new sense of admiration for Simone Biles. “This made her more admirable in my eyes because she did not really care that some people would be disappointed in her,” said Lefko. “She did what was best for her mental and physical health.” Lefko is on the Fenwick swim team, which plays an important role in her view of the Olympics. Her favorite sport to watch is gymnastics, but she was inspired to watch swimming this year. Lefko said that her coach makes references to Olympic swim races, and uses the athletes to teach his swimmers better techniques. When asked how she felt while watching the Olympics, Lefko explained, “I am amazed by the way Olympians have trained and worked in order to know their sport inside and out. I think it would be so hard to be that dedicated to something and undergo that much physical training.”

While the Olympics are often seen as a competition for a gold medal, both Carey and Lefko believe there is more to the games. As Lefko said, “I think that no matter how good someone is at their sport or how many records they break, the biggest takeaway we can receive from Olympians is how much work it takes to be the best.”