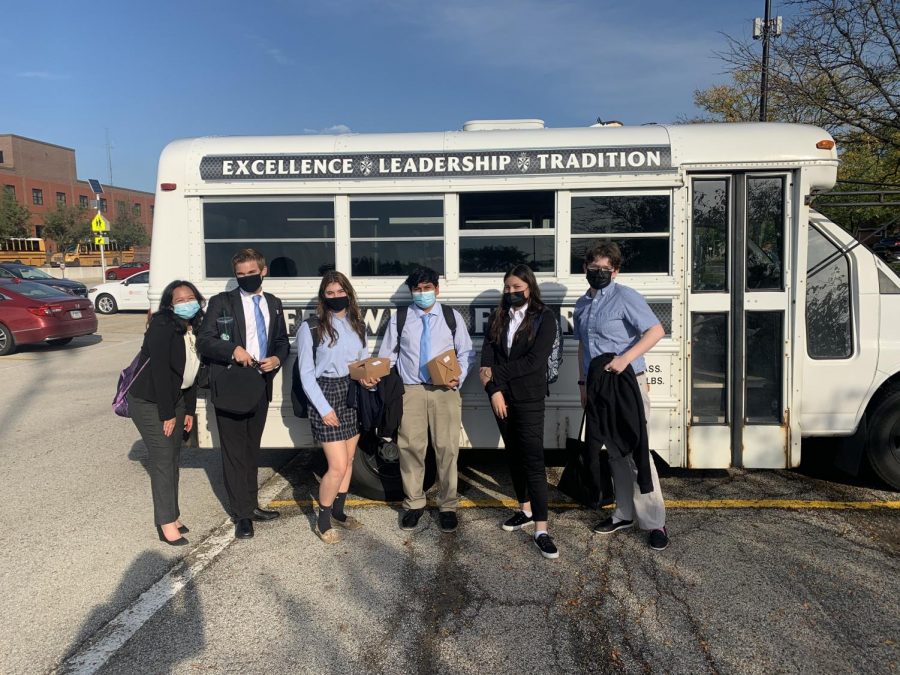 Since COVID-19 is still around, virtual competitions are still happening; however, in-person competitions are now starting up once again. The mix of virtual and in-person events has brought many new challenges and successes to the debate and speech teams. With the beginning of this school year, the teams are gearing up for a brand new competition season. Mr. Wieckiewicz, who coaches debate, and Ms. Magrady, who coaches the speech team, gave insights as to what is coming up for the teams and what it has been like adapting to COVID-19.

One thing that is continuing this year for the speech team is that competitions are still fully remote, meaning that they are held virtually. In these virtual competitions, the participants first record themselves reciting their speeches and send them in. If a participant’s speech passes to the final round, that is when the Zoom portion of the competition happens. Yet this poses a disadvantage, as students are not able to get the full experience of what a speech competition  looks like. The team has also had to make adjustments to their practices. Ms. Magrady said, “We have a practically brand new team this year, everyone is adjusting well, and all members are involved with more than just speech.” She also noted that “There are a mix of in-person and Zoom practices.” While the team’s first competition was not held until October 30, the team still had many successes early in the year. “Having 12 of 14 as brand new team members, this year is a major success,” said Ms. Magrady. The speech team also has a lot planned for this year. “We want to participate in as many tournaments as possible to get that experience. To spread the word that the speech team is a wonderful extracular activity and that public speaking  is a wonderful skill to have,” stated Ms. Magrady. If students wish to learn more information about the speech team or to join the team, they can email Ms. Magrady.

The two debate teams, Public Forum and Lincoln Douglas, have been competing in both virtual and in-person competitions. Last year, everything was online for the debate team, which meant practices on Zoom and participating in tournaments from home on Saturday mornings. According to Mr. Wieckiewicz, there has been an increase in interest for debate among high school students in Illinois since last year. With the first debate tournament having been online, there have not been many changes in how the tournament is set up, although there are changes in what participants experience. “The biggest difference would be that you are at home, you have to debate with all the distractions,” said Mr. Wieckiewicz, “Also it is much easier to speak or present an argument or convince [others of] your argument in-person rather than online.” In terms of adaptations that the team has made because of COVID-19, wearing masks has been the biggest one. “That [mask] completely changes how a person communicates and how you view that person communicating,” Mr. Wieckiewicz said. “Usually in debate we focus a lot on facial expressions, volume, and tone of voice, and all of those things become very hard when you have to wear a face mask.”