The Oscars Are Upon Us! 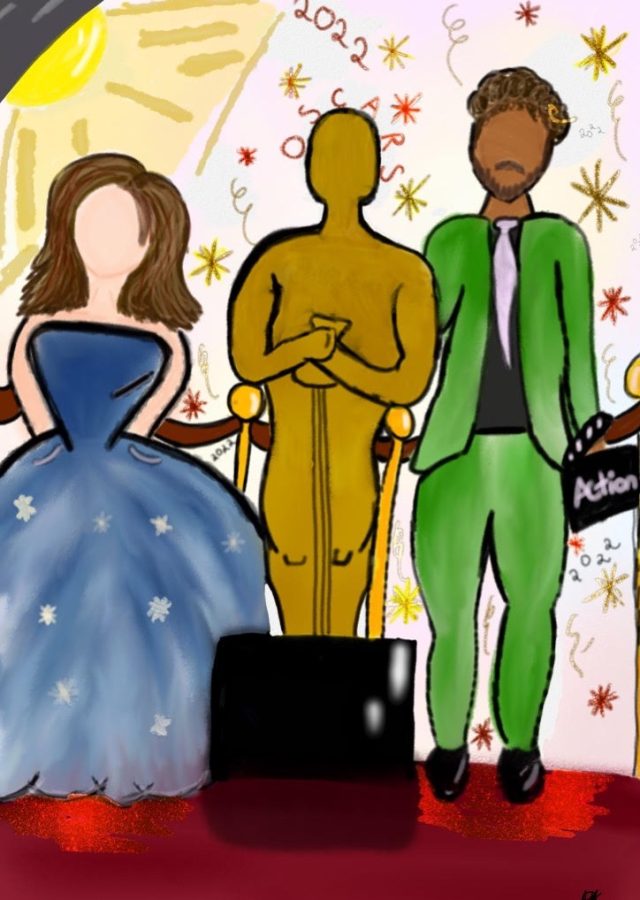 It is showtime! The 94th annual Oscars are right around the corner, premiering on March 27, 2022 at the Dolby Theatre in Hollywood. The Oscars are a favorite time for everyone to see amazing actors and actresses receive awards for their fabulous work along with seeing outstanding outfits on the red carpet. This year, the fantastic trio, Wanda Sykes, Amy Schumer and Regina Hall, will be hosting. There is much to discuss before the premiere such as nominations, Covid limitations, and performance predictions.

The official nomination list was released on February 8. However, the predictions for the winners have long since been rising. Belfast and The Power of the Dog are rumored to be top contestants for best picture. Best actor is predicted to go to Will Smith for his outstanding performance in King Richard and Nicole Kidman for best actress in Being the Ricardos. Dune, starring Timothee Chalamet, Zendaya, and Oscar Issac, has been predicted to win multiple awards such as best cinematography, best sound, best production design, best costume design, and best visual effects. It could be a close call between Dune and Spider-Man: No Way Home, starring Tom Holland, Andrew Garfield, Zendaya, and Toby McGuire, in the visual effects category. Also Dune and House of Gucci, starring Lady Gaga, Adam Driver, and Al Pacino, could be close contestants for best makeup and hairstyling. No matter what film, actor, actress, production team, or music wins each category they are all worthy nominees.

There have been a few changes to the Oscars due to Covid. Last year, the Oscars did not take place in the Dolby Theatre; they took place at the Union Station in downtown Los Angeles. This year, however, the Oscars returned home to the Dolby Theatre in Hollywood. In compariso with last year, the Oscars were pushed back to March 27 instead of February 27. The pushback was made so that they were able to prevent getting caught up in any potential Covid resurges and being forced to cancel the award show altogether. There has not been any talk about mask or vaccination requirements. Hopefully, all goes well and we will be able to have our magnificent Oscars as normal as it can possibly be.

There can not be an award show without musical performances. There is not a final lineup for performances yet. It is still uncertain whether or not the performances will be live or pre-recorded, similar to last year. Some artists that have been predicted to perform are H.E.R., Ariana Grande, Kid Cudi, Beyoncé, Billie Eilish, and Jay Z. It would be very amusing if H.E.R. performed at this year’s Oscars because she took home an Oscar for “Flight for You” last year. This is an amazing prediction list with well-known artists, however the real list has yet to be announced.

The Oscars are a magical moment for everyone at home and present in the Dolby Theatre. It is so exciting to watch all of your favorite stars either on television or in person winning the most honorable award an actor or actress can receive in their career. Although the Oscars may look different this time around, as it did last year due to Covid, the production team behind the Oscars is working to make everything come together.